Home People Racial Equality for All

Racial Equality for All

From Our CEO & President, William Crawford

I thought it appropriate to update my prior statements regarding George Floyd in light of the guilty verdict in the Chauvin trial. Although it would appear to me that justice has been served in this tragic situation, there is no ultimate vindication here. No verdict will give George Floyd his life back. And this verdict will not rectify wrongs that have existed for generations, or address fundamental flaws in human nature that cause these situations to occur. But to paraphrase Abraham Lincoln, we must be dedicated to the unfinished work of improving our society so that our nation will have new birth of justice and freedom.  The task can be overwhelming. Nonetheless, let us resolve to do what we can and engage each other with grace.  We can model civility, respect and constructive discourse. We can also work to improve the lives of those around us – irrespective of just deserts.  None of us are truly deserving of what we have. George Floyd’s family called for peace and tranquility, regardless of the verdict. We might all do well with a respite from the rancor, and a renewed focus on the better angels our nature (again quoting A. Lincoln). 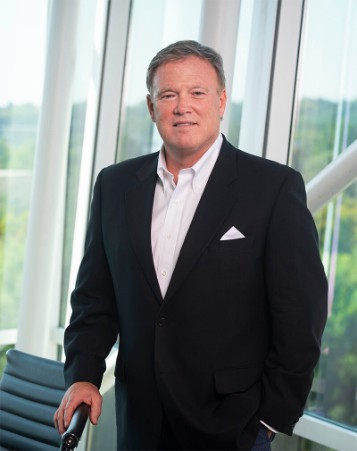 I have continued to reflect on the killing of George Floyd. I mentioned it in prior Company communications, but I believe more needs to be said. In particular, I want to give you my thoughts, which have been approved by our Shareholder Directors. I always talk about a “Pacolet culture.” Well this is a time where we need to articulate what that means.

The death of George Floyd was completely unjustified, and the police conduct inexcusable. More importantly, this is but the latest in a series of inexcusable acts of violence on unarmed persons of color. These are always ancillary factors that can distract us, but I believe that we must recognize this fundamental reality. I’ve seen videos of protests and the vast, vast majority of these are people who are aggrieved, genuinely aggrieved, by racial injustice. We should not allow the looting to distract us from this fact. Peaceful, courageous protestors deserve our respect and support—they need to be heard. At the same time, it is not inconsistent to condemn the rioters who, for whatever reason, are taking advantage of these legitimate protests to wreak havoc. I would also urge you not to paint everyone with the same brush. Much like the protesters, the vast majority of law enforcement are decent people, who perform an incredibly dangerous job. They want to go home to their families every night just like we do.

As a white male working in a safe environment, I recognize that I cannot fully appreciate either the dynamic that persons of color have in encounters with law enforcement, nor the daily reality of law enforcement personnel. I think it can, but the idiom of “before you judge a man, walk a mile in his shoes” is one that I physically cannot replicate.

This can be depressing. However, we can find encouragement in the words of Martin Luther King who famously and optimistically noted in his Letter from a Birmingham Jail (1963) the ultimate transcendence of justice: “the arc of moral history is long but bends toward justice.” I believe that is true. However, we must also recall his admonition that “justice too long delayed is justice denied.” As we see suppressed anger and frustration, we need to look within and move from mere thoughts to intentional action. So what does “intentional action” mean. I would say several things:

First, do not let the violent elements keep you from listening and learning. We must hear and seek to understand the real pain that our fellow Americans are feeling. No one should ever have to look at a video like that of George Floyd and think “that could be me.” Second, join with me in learning about the history of black families in America. A close friend of mine has recommended a PBS series called “Reconstruction” that I would urge each of you to take the time to watch. And lastly, as a company, we will engage on this topic in the context of our existing VVE construct. We cannot be reluctant to discuss these things.

I close with a prayer I recently read from an Episcopal chaplain:
We grieve with the family of George Floyd. We grieve with America. We grieve our history of bigotry and violence. We grieve that we too often do not live up to the high calling You have given us as Your sons and daughters: the call to love one another. Help us, we pray, to remember. May the better angels of our nature have their way with us. May there be justice in America, may there be peace on earth. May we remember the dignity of every human being. Amen.