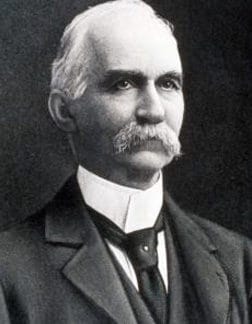 As the Civil War came to a close, Seth Milliken and his partner William Deering opened a general store in Portland, Maine doing business as Deering & Milliken. As an afterthought, they became textile sales agents for the nearby Farnsworth Mill.

In 1874, after a fire destroyed their building and everything they owned except for potatoes, they were left with no choice but to load the potatoes on a sailboat bound for New York, where they were able to sell what was left of their inventory. Having no business to return to in Maine, the partners re-established their business in New York and expanded their agency business from woolens into cotton. In 1884, they expanded southward and became selling agents and part owners of Pacolet Manufacturing Company in Spartanburg, South Carolina. In 1904, William Deering moved to Chicago and founded Deering Harvesting Machinery Company, which later became International Harvester. Within five years, Seth Milliken was selling the production of five other woolen mills. That number would grow to 16 by 1900, and to 40 by 1920. 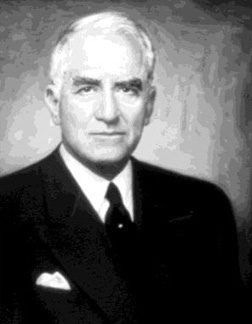 In 1920, Seth Milliken was succeeded by his son, Gerrish. During the World War I years, Gerrish directed the textile industry’s wartime effort and became a leader in the introduction of rayon fabrics. Later, during World War II, the War Production Board issued the company a Certificate of Necessity to manufacture nylon tire cord. In response, the Excelsior Tire Cord Plant was built. This Plant was a one-story building that was arranged in a manner to facilitate the flow of raw material through all stages of manufacture and delivery to the shipping dock. It was the first textile mill built without windows and with complete air cleaning and cooling systems; it became the standard for post-war manufacturing facilities.

In 1945, Gerrish founded the Deering Milliken Research Trust and started operating in a house near the Excelsior Tire Cord Plant. It was there that the first research development of worldwide significance was developed—a patented, edge-crimping texturing process for nylon continuous filament yarn. That project was to grow over the next 25 years into what is now the world’s largest center of applied textile research, the Roger Milliken Research Center in Spartanburg, SC. 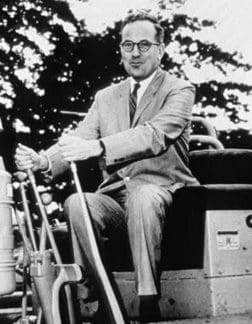 In 1947, Gerrish Milliken was succeeded by his son, Roger, who moved to Spartanburg, SC and began the consolidation of the “Milliken Mills” – 35 separate companies with many outside shareholders. By 1960, Roger had reorganized them into a single corporation and began building new plants in the Southeastern U.S., Europe and Asia. In 1963, the company bought Amerotron, the textile division of Textron. The 1970’s saw the invention of the first polymer bound chemical, which became the genesis for the Milliken Chemical Division and its versatile polymer bound chemistry technology platform. During that period, Milliken also entered the carpet market, acquiring Callaway Mills, and then introduced ink-jet technology and computer-control tufted carpet printing.

In 1976, Deering Milliken officially became Milliken & Company. Producing textiles, chemicals and packaging, it had become one of the largest privately owned manufacturing companies in the world.

During the 1980’s, Roger Milliken developed a laser-like focus on Quality as the company’s foundation. His efforts were recognized by the Malcolm Baldrige National Quality Award, the European Quality Award, the Deming Prize in Japan, the British Quality Award, and the Canadian Quality Prize. That period also saw him lead the “Crafted with Pride in USA” nationwide campaign.

In 1998, Mercantile Stores, a Milliken holding from the Depression Era which had grown into a national retailer operating in 102 locations in 17 states, was sold to Dillards. In 1999, the industry’s trade publication, Textile World, selected Roger Milliken as the textile industry’s Leader of the Century.

In 2007, as his family entered into their sixth generation of stewardship, he founded Pacolet Milliken Enterprises.

He passed away in 2010 and requested that his tombstone have only the inscription, “Builder.”

Pacolet Milliken Enterprises was spun out of Milliken & Co. in December 2007 with a disparate portfolio of assets accumulated over a long period of time, which included privately-owned electric utility (Lockhart Power Company) and roughly 30,000 acres of land, ranging from hunting tracts in the Southeast to the southwest corner of Bryant Park in New York City.

Since that time, Pacolet Milliken has evolved into its current form – two uncorrelated divisions (Real Estate and Power & Infrastructure) that seek to provide superior risk-adjusted returns and cashflow to its shareholders. Over its first decade of operations, the Real Estate Division co-developed and sold 7 Bryant Park, a 33 story office tower in New York, accumulated a portfolio of retail and office investments and began the build-out of its current strategy of focusing on multifamily properties and industrial warehouse development.  Initially an afterthought, the Power & Infrastructure Division expanded beyond Lockhart Power to own a substantial solar and landfill gas portfolio, and a 675 acre industrial park that generates 95% of its revenues from the centralized delivery of utilities (Bushy Park) and the largest private waster/wastewater utility in South Carolina. In 2015, Pacolet Milliken moved its headquarters to downtown Greenville, SC. In 2020, Pacolet sold substantially all of its wastewater operations to a third party, and is actively seeking to redeploy that capital in a manner consistent with its existing investment mandate.